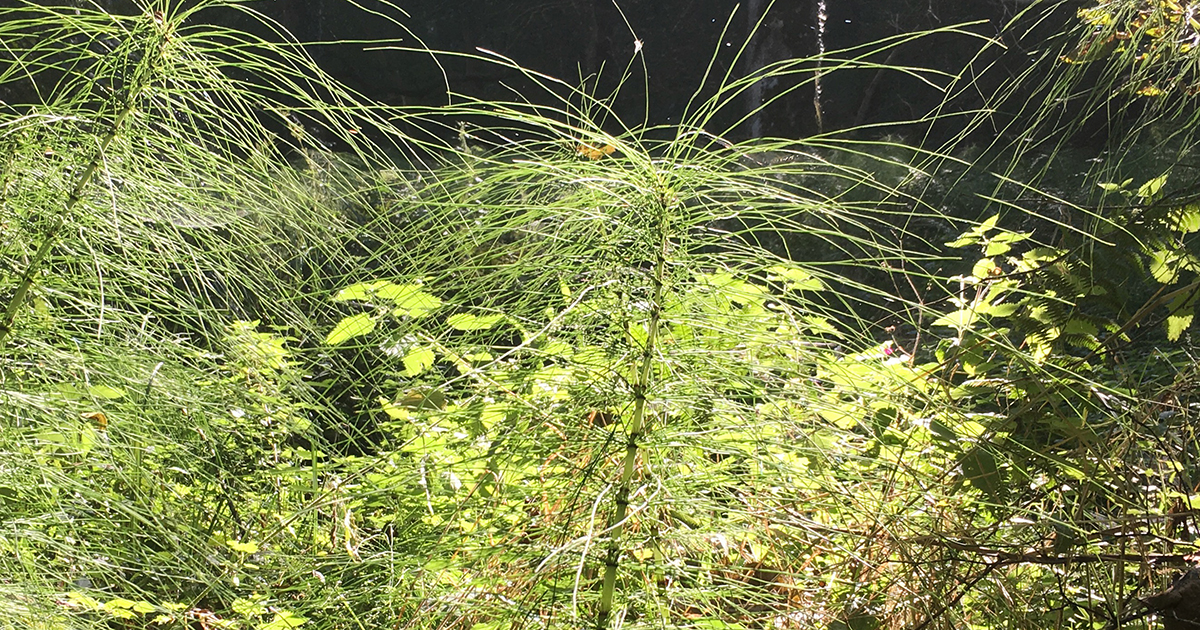 Posted at 16:59h in Garden Insights by Matt Haddon

I have recently been considering the diversity of plants at the end of the Cretaceous Period, around 66-million years ago, to inform the creation of a new garden.

The Cretaceous is a fascinating period encompassing the development of flowering plants, the theropod dinosaurs evolving into birds, and the stars of Dinosauria – Triceratops and Tyrannosaurus Rex – stalking the land.

There are clearly many issues around any attempt to recreate a list of Cretaceous flora though.  The main one being identifying what was actually there!

The most significant issue here is that the chance of fossilisation of plants is tiny. A plant, or parts of it, has to be buried in the correct environment and then be preserved – as an impression, a permineralisation, or a cast.

Also the plants that will be preserved in this way will either have grown in an environment where fossilisation by burial under sand or mud deposits is possible – such as close to riversides, wetlands or marshes – or else will have moved to such an area – for example by falling into a river and washing downstream. There is therefore a bias for the preservation of plants that are more likely to appear in these wet areas.

Two other ways where pre-historic plant species may be identified are where plant material can be found in an analysis of fusain (which is the fossilised charcoal of plants destroyed by fire) or through an analysis of plant remains in coprolites or cololites (polite words for fossilised excrement or gut contents!).

All this said, the flora of the Cretaceous Period which can be identified is a varied one.

Cycads, Ginkgos, Conifers and Bennettitales (an extinct taxa of cycad-like plants) formed the upper storeys of vegetation. Common conifers were of the Araucariaceae, Taxodiaceae, Podocarpaceae, Cupressaceae – today represented by the Monkey Puzzle trees, Swamp Cypresses, Podocarps (found across the Southern Hemisphere), and cypresses – as well as Metasequoia and Glyptostrobus.

The ground cover comprised of mosses and liverworts, as well as ferns and horsetails – similar in form to modern Onoclea, Osmunda and Woodwardia as well as the modern day Equisetums.

However something special happened during the Cretaceous. Around 120 million years ago the Angiosperms (the flowering plants) began to flourish and became widespread – even ultimately replacing conifers as the dominant trees as the Cretaceous drew to a close. Magnolias, laurels, planes, katsuras and palms became more common – all of which were present in the well studied Hell’s Creek fossil formation in North America. Indeed Magnolias are believed to be so old that their flowers evolved before bees did and therefore would have been pollinated by beetles.

Of course the species that we are able to plant today are not the same as those which co-existed with the dinosaurs. They have evolved away from those forms but, at a genetic level, they will be close in many ways to the plants that would have once been browsed by sauropods, ceratopsians or ankylosaurs.

It is also interesting to note that, although it is commonly thought that grasses evolved after the non-avian dinosaurs died, analysis of coprolites has shown that evidence for the presence of 5 grass species (Poaceae), alongside conifers, palms and flowering plants, in the diets of the titanosaur sauropods.

A rich landscape tapestry of diverse plants would therefore have provided the backdrop to life in the Cretaceous – and with a little design flair it is certainly possible to create a stylised vignette of the landscape from 66 million years ago.