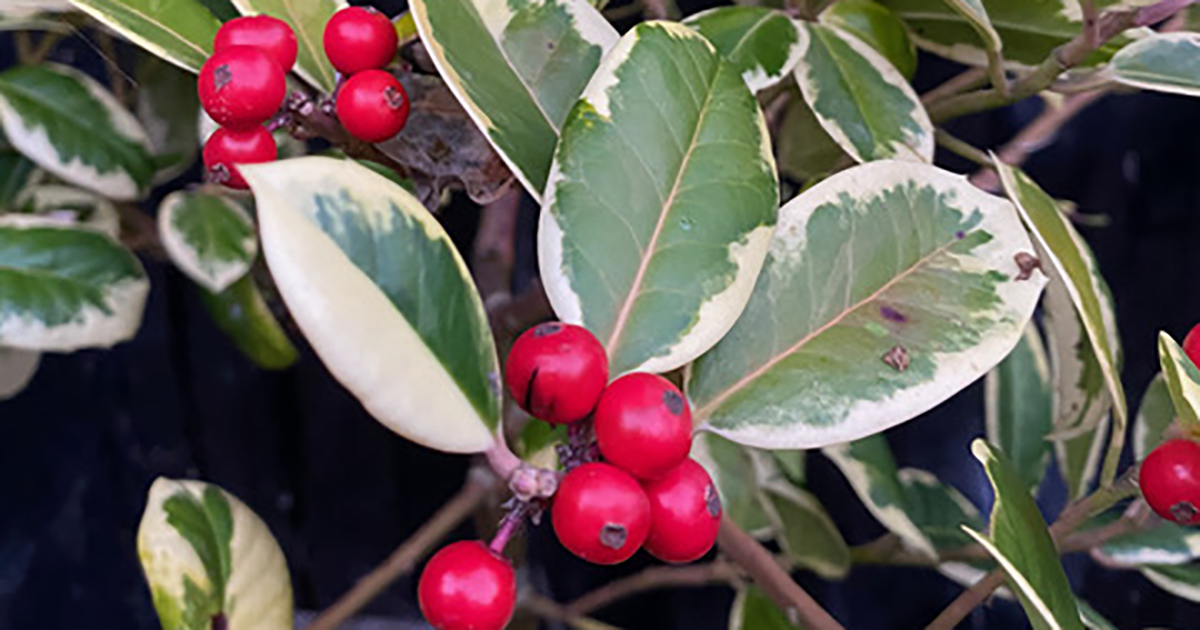 What to do in your garden in December

Posted at 09:36h in Garden Insights by Matt Haddon

The simple answer is…not a lot. There is still plenty to enjoy with the change of seasons but nothing really needs actively doing! So for this month’s blog I’m going to talk about holly!

The holly is one of the few trees that is instantly recognisable to all. Its prickly evergreen leaves and red berries are synonymous with Christmas time. Indeed the terms ‘Christmas tree’ and ‘holly’ were one and the same in Britain before Queen Victoria and Prince Albert popularised the practice of bringing conifers inside the house and decorating them.

Christmas aside, hollies are wonderful additions to the garden. They grow in most conditions (except in very wet or very dry soil), can be pruned hard, and offer evergreen structure and interest throughout the year. They are also dioecious, which means that different plants will have either all male or all female flowers. This means that in order to get red berries not only do you need a female holly but you also need a male holly nearby for pollination to occur. In most gardens this does not cause a problem as hollies of all types are common but if you find that your holly doesn’t give you berries then either you have a male (and need to buy a female) or you need a male for pollination. Just to make things complicated though you can’t rely on the name of the holly to determine whether you’ll get berries as Ilex aquifolium ‘Silver King’ is female and Ilex aquifolium ‘Silver Queen’ is male (and this confusion is not uncommon in the naming of other hollies too).

There are also many varieties that differ from the lustrous green leaves (that reflect light so well in the winter sun) and the red berries with which we associate so closely. There are variegated hollies with gold or silver margins to their leaves (such as Ilex x altaclerensis ‘Golden King’ or Ilex aquifolium ‘Argentea Marginata’), and those with orange or yellow berries (such as Ilex aquifolium ‘Amber’ or Ilex aquifolium ‘Bacciflava’ respectively). However  my favourite holly is Ilex aquifolium ‘J.C. Van Tol’. Not only will it produce berries even if a pollinating holly is not close by but its leaves are relatively smooth – a boon when collecting up leaves without the use of leather gauntlets!